Former CNN and MSNBC executives sat down with Michael Smerconish and were asked about their lack of coverage of the Hunter-Biden story before the 2020 election.

“[There’s] a controversy that you might think is bullsh*t,” Smerconish said. “Let me give you an example. I think – they know this because I’ve talked about it on the air. I think the Hunter laptop deserved more attention than it got right before the election. Do any of you agree with me on that? Do you’ve any regrets? How about if I ask you like this, do you regret not dealing with it before the election?”

“Well, I mean, I think – I think we – the question is, we dealt with it,” former CNN chief Jeff Zucker replied. “But to the extent that you’d have thought it was appropriate. I think the answer is that in the last two weeks, you know, it’s been looked at. We didn’t know enough about it. There wasn’t, you know, there wasn’t within two weeks before the election, the opportunity when the messenger of this story was Rudy Giuliani, okay?”

“No, I mean – but I mean, that’s the problem,” Zucker continued. “It’s like you give Rudy Giuliani a lot of legitimacy when you know he’s got the goods. So part of the problem with this story was, who delivered the goods?”

“The question you’re going to come back with is, well, but what role did the candidate play in his business?” he asked. “You know, frankly, ten days or two weeks before the election, that was investigated by very credible organizations, including the Wall Street Journal – Rupert Murdoch’s Wall Street Journal – and they found nothing at that point. So it’s easy to say we should have spent more time on this. Look, do I think it’s legitimate to look at this? Sure. But do I think it’s a legitimate criticism to say that they didn’t spend enough time on it in the ten, 14 days before the election? Not really.”

“What do you think?” Smerconish asked ex-MSNBC chief Phil Griffin.

“He was never arrested,” Griffin said. “The Justice Department investigated it but never reported it until he was the son of a candidate. I don’t think it’s a major story until that happens. Well, we did investigate it. NBC News did, Tom Winter and Ken Dilanian did a great job. They met with Rudy. He brought in a couple of printed pages from the so-called, from the – from the computer. They asked for a digital copy of it. They didn’t get it. But I don’t think it was a big story before the election, because he was never found – he was never charged.”

“And Michael, let me ask you, in the two weeks before the election when this came out, I don’t know the exact timing -” Added Zucker.

Emma-Jo Morris, one of the New York Post reporters who helped break the story and now works at Breitbart News, noted that executives feigned innocence to cover up the story before the election.

“Two years ago today, all social media platforms in unison banned the New York Post’s coverage of Hunter Biden’s laptop from hell,” she noted. “Let’s see what CNN and MS have learned from this.”

Sadly, not much. Those excuses wouldn’t hold water with journalists or the broader American public if it turned out that Donald Trump Jr. was linked to illegal foreign transactions that raised questions about his presidential father’s possible knowledge and usefulness. 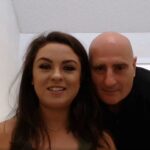 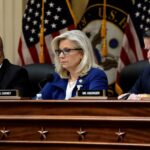