According to the latest New York Times/Siena College poll, Republicans now hold an advantage over the Democrats with the midterm elections just over twenty days away. Of likely voters, 49% indicated they would lean toward supporting the Republican candidate if this year’s elections for Congress were held today, and 45% indicated they would support the Democrat candidate.

The poll was conducted October 9-12 and involved 792 registered voters across the United States. The New York Times noted that the margin of sampling error for the likely electorate is +/- 4.1 percentage points.

When support was broken down into age groups, the largest delta found was among likely voters ages 45 to 64, 59% of whom would lean toward voting Republican and only 38% of whom would vote Democrat. Democrats held a 12-point lead among voters ages 18 to 29 and a nine-point lead in the 30-to-44 grouping. The parties were tied in the 65+ age group.

Republicans led Democrats by 15 points with white voters, but were at a considerable deficit with black voters (with only 18% noting their support) and Hispanics (34%). Whereas 52% of college-educated white voters indicated they would vote Democrat, 63% of white voters without a college degree would support a Republican candidate for Congress.

51% of those in the southern region of the United States — adversely impacted by Democrats’ lax illegal immigration enforcement measures — noted they leaned Republican.

The New York Times reported that women who identified as independent voters favored Democrats by 14 points back in September. That lead has dissolved such that they now back Republicans by 18 points.

Only 5% of respondents indicated that abortion — which has been an issue highlighted by Democrats — is the biggest problem facing the country today.

A plurality of respondents (26%) indicated that the economy was the top problem.

And 18% suggested that inflation, now near a four-decade high, or the cost of living was the most important.

Voters concerned with the economy and inflation preferred Republicans over Democrats 64% to 30%.

Rep. Elise Stefanik (R-N.Y.), who serves as House Republican Conference chairman, recently told Fox News Digital that inflation was the “top reason” for what she projects will be a “big Republican year … because people want to stop the trillions of reckless spending that has happened under a single-party Democrat rule.”

Notwithstanding the prospect of nuclear “Armageddon” raised by Biden and the ongoing war in Ukraine, only 1% of respondents claimed foreign policy to be the most pressing issue; 2% answered Russia/war in Ukraine was the top problem.

Of those likely voters polled, 18% indicated strong approval of Biden’s performance and 21% answered they somewhat approve.

Broken down in terms of age, a standout among those who strongly approve of Biden is the 18-29 demographic, of which only 4% answered in the affirmative.

Biden is also hemorrhaging previous supporters:19% of respondents who voted for Biden in 2020 now disapprove of his performance.

In terms of the direction the country is headed in, respondents offered a damning response: 64% of likely voters said the country was going in the wrong direction, with majorities in every age group, both sexes, all education levels, and in all regions. Nearly 40% of Biden voters held this bleak outlook.

FiveThirtyEight puts the Republicans’ odds of winning the House at 72 in 100 and indicated the GOP has a 80% chance of holding between 209 and 243 seats. 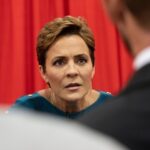 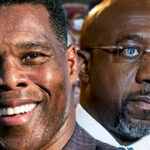