Sarah O’Neill, who worked as a poll watcher in the Arizona election, revealed at a Maricopa County Board of Supervisors meeting on Wednesday that there were approximately 200 excess ballots than voters at one polling location.

Furthermore, O’Neill, who is a Republican, and stated that she was relaying information and not making accusations, said that the 17,000 figure for Door #3 ballots was a gross underestimate.

“I was a poll watcher for both the primary primaries and the midterms, and I wanted to relay my observations with no commentary or accusation,” she stated. “The door number three debacle. When I checked in, I was the afternoon and evening and closing pole watcher. I did confirm that our tabulators were cleared. They were all zeros.”

“But I also did confirm that there was no instruction for inspecting to ensure the door three or the slot three was empty,” she continued. “So no one in, not a poll worker, not a poll watcher, inspected to make sure it was empty. And the reason that’s a point is at the end of the day, we were asked to report the number of voters checked in, the number of ballots that we’re transporting, and of those number of ballots, how many were door number three?”

“The 17,000 number that has been publicized as door number three ballots is far understated,” she went on. “We were there. We were there. The discrepancy and the number of physical ballots that I had, they came from somewhere. We had physically had them. They were not voters that walked in and checked in. We had 200 more ballots than voters that checked in. And I just want that to be on the record.”

Here is another view of the Maricopa County board meeting.

Kari Lake now trails Secretary of State Katie Hobbs by a margin of around 17,000 votes or 0.6% of the vote. An automatic recount is triggered in Arizona at a 0.5% margin of voting. Hobbs did not recuse herself from supervising the 2022 midterm election.

Under Arizona law, there are other circumstances that may trigger a recount.

“An election recount is a process by which votes cast in an election are re-tabulated to verify the accuracy of the original results,” Ballotpedia notes. “Recounts typically occur in the event of a close margin of victory, following accusations of election fraud, or due to the possibility of administrative errors. Recounts can either occur automatically or be requested by a candidate or voters.”

Recounts, however, may not be requested in the state. The election itself was plagued by lengthy delays of nearly a week; it was sullied by voting machines going down in nearly 30% of majority red districts on Election Day, when most Republicans turn out. A judge refused to extend voting hours to accommodate the widespread disruption to the voting process. 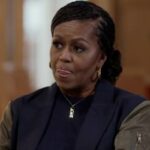 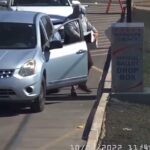