Former President Donald Trump’s campaign is in serious trouble, and a recent poll in the state that holds the first caucuses in the nation shows that he is far behind Florida Governor Ron DeSantis (R-FL).

According to results from a survey of 393 Republican caucus attendees released by Neighborhood Research and Media on Monday (via the Washington Examiner), DeSantis is now in the lead over Trump with 32-30 percent of the vote among Iowa Republicans. Since June, this result marks a swing of 23 points in the poll, and since November of last year, it represents a massive swing of 47 points.

In addition to that, the percentage of voters in Iowa who are unsure also clocks in at 30 percent. And taking into account the recent developments, it would appear that DeSantis has a decent chance of winning the majority of votes in that category. The poll put former Vice President Mike Pence in a distant third place, with only 3 percent of the vote. No other contender even reached 1 percent of the vote.

According to a breakdown of the figures, Trump lost between 7 and 9 points of territory with those who consider themselves as very conservative, slightly conservative, or moderate. DeSantis, on the other hand, saw increases in all three of those areas that were in the double digits. Rick Shaftan, a pollster with Neighborhood Research and Media, came to the conclusion that based on his data, Donald Trump is a “serious underdog” in the campaign.

The survey that was released on Monday is just the latest piece of bad polling news for the former president, whose popularity have been plummeting ever since the dismal midterm election, in which many of the candidates he endorsed in swing areas drastically underperformed. YouGov conducted a national poll not too long ago, and the results showed that DeSantis was ahead of Trump by 7 points. In addition, recent polls conducted in important states place the governor of Florida in first place by substantial margins. 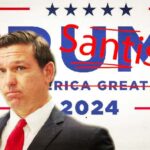 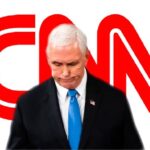