Jeffries’s spreading of false election claims is notable because he is the front-runner to become the Democrat minority leader of the House.

“Russia interfered with our election. Attacked our democracy for the sole purpose of artificially placing someone at 1600 Pennsylvania avenue. They were successful,” Jeffries falsely claimed about the legitimacy of Trump’s victory, a video unearthed by the Republican National Committee’s research team found.

In March 2019, special counsel Robert Mueller did not find sufficient evidence that Trump or his campaign colluded with the Russians to win the presidency.

It is not the first time Jeffries has assaulted democracy by casting doubt on American elections. Four additional times Jeffries unrepentantly pushed false election claims.“Keep pouting. History will never accept you as a legitimate President,” Jeffries tweeted to Trump in 2020. 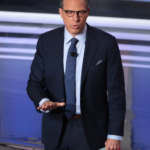 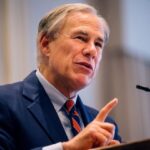