The 2022 midterms have done more to shine a light on what a sham 2020 was, more than anything else ever could have. It was almost an exact repeat of what we saw happen in 2020, and now, it’s clear to many Americans that our elections will never be the same again. No matter how bad the Dem party is, they will still find ways to hold onto power. And I will tell you this as honestly as I can… the reason the midterms turned out the way they did, was because of two major things: Mitch McConnell and GOP establishment working against MAGA candidates, and most importantly, mail-in ballots and ballot-harvesting.

And if we ever want to win again, we’re going to need to stop whining and learn to do BOTH of those things better than the Dems.

Fletch Daniels over at American Thinker wrote an amazing piece on this topic:

Surveying the wreckage of the disappointing Republican midterms, voters were left scratching their heads, trying to figure out what went wrong.  With the fundamentals being as bad as they were this year, Republicans underperformed expectations, and it was fairly obvious that they would experience no red wave by early in the evening on Election Night.

While I’ve seen plenty of postmortems already, the single biggest issue that wrecked the wave was mail-in voting combined with ballot-harvesting, which all but eliminated Republican hopes in states where Democrats control the voting rules.  This is why Senate polls were so wrong in these states.

The two states where the impact was most obvious were Pennsylvania and Michigan, but it snuffed out real Republican chances all over the map in states where the Democrats control voting laws.  Pennsylvania literally elected a dead man, and I’m not even talking about the pro-crime radical with such severe brain damage that he can’t form a coherent sentence.

With two of our kids having gone to college in Michigan, we spend a fair amount of time visiting there.  As near as I can tell, the only Michigan residents who actually like Gretchen Whitmer are in her immediate family.  And yet she easily beat an impressive Republican candidate.  In a fair election, Tudor Dixon wins that race easily.  But that’s the point.  These aren’t fair elections.  They are rigged.  And even great candidates taking on miserable ones go down in flames.  The lone bright spot out of Michigan was John James winning Michigan-10.

James Carville said his party would have lost 57 seats but was saved by Donald Trump.  Nonsense.  They were saved by mass mail-in voting and ballot-harvesting.  That is the fundamental difference between today and 2010, when Republicans won 63 seats during Obama’s first midterm.

The other narrative that is being tossed around is that Republicans had poor candidates.  Again, this is to be expected, since many people are using the election to attack former President Trump.  But it’s a foolish take.  You will never have perfect candidates in every race.  But, across the board, Republican candidates were far superior to those the Democrats put up, with only a couple of exceptions.

I’m even skeptical of the claim I’m seeing bandied about that David McCormick would have won the Senate seat in Pennsylvania.  Perhaps.  But, considering that there were enough ballots flooding the zone to elect the worst candidate in recent memory, I doubt it.  The Democrats built a ballot-collecting machine in Pennsylvania that spit out a radical ogre who can’t articulate a single intelligent thought.

Republicans used to joke about needing to win above the margin of fraud, which was generally accepted to be relatively small.  But now that Democrats can flood the zone with ballots that they can collect over the course of weeks, that is now far too steep a hill to climb in all but the reddest areas.  Every ballot they send out is easy to convert into a vote.

It has taken states off the competitive map.  Democrat officials mail out massive numbers of ballots to people who would never bother to vote, and their operatives collect those ballots and run up the score.  It effectively eliminates the concept of the low-propensity voter, since operatives see to it that all the ballots are requested and rounded up.

Meanwhile, more and more Americans have lost faith in our elections, and it sounds like James Woods is one of those people:

Here’s what James said in a tweet: “Final thought on the elections: One side elected a dead guy, a brain damaged guy, and has engineered the worst economy and border catastrophe in a century. Its leader can’t read a teleprompter nor answer a question coherently. Yet the other side still lost. The End.”

Final thought on the elections:

One side elected a dead guy, a brain damaged guy, and has engineered the worst economy and border catastrophe in a century. Its leader can’t read a teleprompter nor answer a question coherently.

Yet the other side still lost.

It’s clear that the “Great Reset” couldn’t have happened without the “Great COVID,” and now that mail-in ballots have become part of the fabric of this country, the Dems have given themselves a wonderful boost. And even better, the longer it takes to count votes, the more “ballots” they can find. 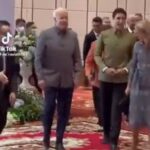 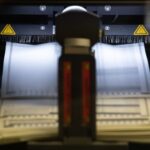