Well, Elon Musk did it. He reinstated President Trump’s Twitter account last night and invited him to come back on the platform. The mainstream media is covering this story like hysterical ninnies. I have added my comments below in BOLD to the BBC article. They reported that Twitter’s new owner Elon Musk has said Donald Trump’s account has been reinstated after running a poll in which users narrowly backed the move. “The people have spoken,” tweeted Mr Musk, saying that 51.8% of more than 15 million Twitter users voted for the ban to be lifted.

But the former US president may not return to the platform, earlier saying: “I don’t see any reason for it”.

His account was suspended in 2021 due to the risk of incitement of violence (wait until you see the “REAL” reason),

Hundreds of rioters (it wasn’t a riot) entered the complex as the US Congress attempted to certify Joe Biden’s victory in the presidential election (Anybody who still believes Biden “won” is an idiot). The ensuing violence led to the deaths of four civilians and a police officer (THIS IS FAKE NEWS. There is no proof that anything that happened on January 6th caused any police officer’s death).

Earlier this week, the Republican announced that he would once again run for the US presidency in 2024. Mr Musk, the world’s richest man, took control of Twitter in October in a $44bn (£37bn) deal. He immediately embarked on a series of radical changes (BBC thinks “sanity” is RADICAL) within the social media giant, amid concerns that he might loosen Twitter’s regulations on hate speech and misinformation.

What a stupid article that was.

Now, I thought Twitter banning Trump was absurd, but I thought they banned him over January 6th, still totally absurd — but I didn’t realize until today, why they actually banned him, and I am not the only one.

Many people are shocked right now, and they should be.

THIS TWEET is the main reason Trump got banned:

To all of those who have asked, I will not be going to the Inauguration on January 20th. 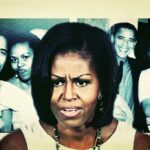 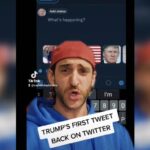